Home/Blog/our-news/PID Temperature Controllers: What They Are & How To Use Them 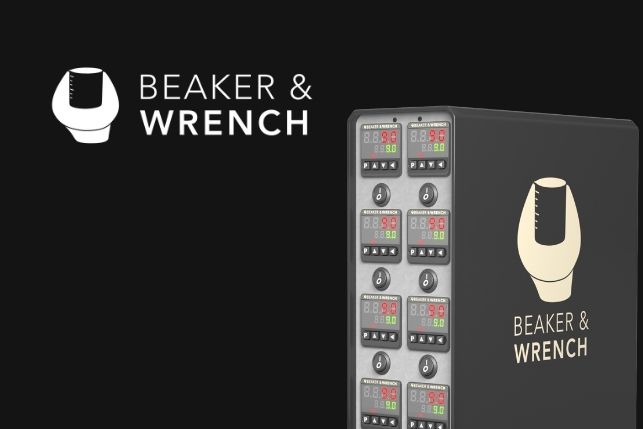 A PID temperature controller does precisely as it sounds—it controls temperatures. Without having manual operator interventions to reach the desired outcomes, it’s an instrument that controls the temperature based on a setpoint or desired setting. Using a thermocouple or RTD as an input compares the setpoint to the actual temperature, then relays an output.

Let’s take a closer look at how they function and how to use them!

What Is a PID Temperature Controller?

PID temperature controllers can handle any process disturbances more effectively. A disruption to the process can be minor or major. Still, something as little as opening an oven door can change the process by changing the temperature and significantly impacting the product’s quality.

Compared to on/off temperature controllers, which apply 100 percent of the power, the power cuts to 0 percent upon reaching the setpoint value. This drastic drop can result in a temperature drop and lead to regular lagging and overshooting, which further impacts the product quality.

The Breakdown of PID

The PID control is part of the optimal category of the control theory, which specifies the achievement of optimal process variables. The optimal variable in PID temperature controllers is maintaining the process temperature for the desired length of time at the specified setpoint, ultimately avoiding any changes from disturbances, lagging, or overshooting.

PID has three significant elements in the algorithm: the Proportional, the Integral, and the Derivative. Together, these elements interact with the variances between the process temperatures and a setpoint from a time period.

The only two ways to calculate the variances over time with the PID formula are an engineer doing math manually or a temperature controller. Whatever the results are will equate to how much power is necessary to maintain temperatures at the specified setpoint.

A PID controller is one of the most accurate ways to receive the information. However, it’s vital that you tune the three elements individually to a particular system.

A proportional band helps the proportional control stay within the setpoint temperature. The controller will only function as an on/off unit outside of this band. Inside the band, the ratios between the setpoint measurement differences turn on and off.

Tuning a temperature controller can happen one of two ways:

Either method will provide a level of power that sustains the setpoint—manual or the controller itself. However, it’s best and often easier to use a controller to ensure accuracy.

The History of PID

In the late 18th century, mechanical feedback devices in the form of governors received the most use. While today’s has all three elements of PID coexisting, they initially only had one or two elements out of the Proportional, the Integral, and the Derivative. The original intention was to maintain consistency in operating speeds in steam engines used to drive machinery in factories. Compare this to the modern use of cannabis distillation operations.

Elmer Sperry developed the first complete PID controller in 1911, and the US Navy used it to automate ship steering. Sperry’s design imitated the helmsmen’s behaviors, who compensated for a constant variance and made predictions on how the variance would change in the future.

Several years later, in 1922, the first theoretical analysis of PID controls was published by Nicolas Minorsky. Some of the same observations came to light with the helmsman’s ability to adapt to a change in conditions. Minorsky declared this ability by the helmsman a mathematical formula, and that is how the modern PID control was born.

Beaker & Wrench is happy to help you choose the best PID temp controller for your setup. It’s imperative that your controller houses the correct number of channels. Get in touch with us today!

Translate »
Your Cart
Your cart is empty
Continue Shopping